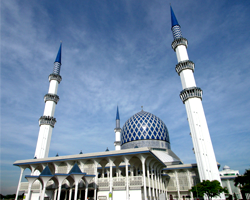 In the early stages of its existence, Selangor Mufti Department was one of the divisions in the Selangor Islamic Religious Department (JAIS). It was known as the Fatwa Division. At that time the office of the Mufti has not been established yet, but was known as Sheikul Islam.

The Sheikul Islam post in Selangor was held by Tengku Mahmud Zuhdi bin Tengku Abdul Rahman. He started service from 1935 until 1952. The Mufti post was created in 1953. Tuan Haji Yusuf bin Sahabuddin became the first Selangor Mufti. He served until 1968. In mid-1968, Dato' Hj. Ghazali bin Hj. Abdullah was appointed as the State Mufti until 1973.

Prior to 1985, there were only two staff serving at the Mufti Department i.e. the Mufti himself and a driver. All administrative and financial arrangements were under the management of the Selangor Islamic Religious Department. The Deputy Mufti post was created in 1991. It was created to assist the Mufti in carrying out his tasks in Islamic Affairs in accordance with the current development. The first Deputy Mufti was Tuan Hj. Jamauddin bin Hj. Omar. He served until December 1997. Tuan Hj. Abdul Majid bin Omar is the second deputy Mufti. He was appointed on 2 January 1998 and continues to serve today.

Nevertheless in 1996, the Public Service Department (PSD) issued a Circular on the separation of the Fatwa Division from Islamic Departments of every state in Malaysia including Selangor. However, the separation process could not be done immediately because of lack of staff. Therefore, the Fatwa Division remained dependent on the Selangor Islamic Religious Department in terms of administration and finance.

On 22 February 1999 with the courtesy of the Secretary of State Office, the Mufti Department moved to a new office at 4th Floor, Podium Selatan, Bangunan S.S.A.A.S.. With that the Selangor Mufti Department was established which is now responsible for issuing fatwas and address other problems associated with the religion of Islam. 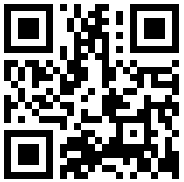